Give today Give monthly

A National Diversity, Equity and Inclusion Statement was approved and adopted on October 18, 2019, by the Volunteers of America National Board of Directors. This is part of the National Board’s intentional actions that support the national justice, equity, diversity and inclusion strategy.

The Theological Diversity, Equity and Inclusion Statement was approved by the Church Governing Board in February of 2018.

Both statements represent Volunteers of America’s commitment to justice, equity, diversity and inclusion. 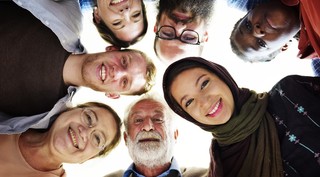